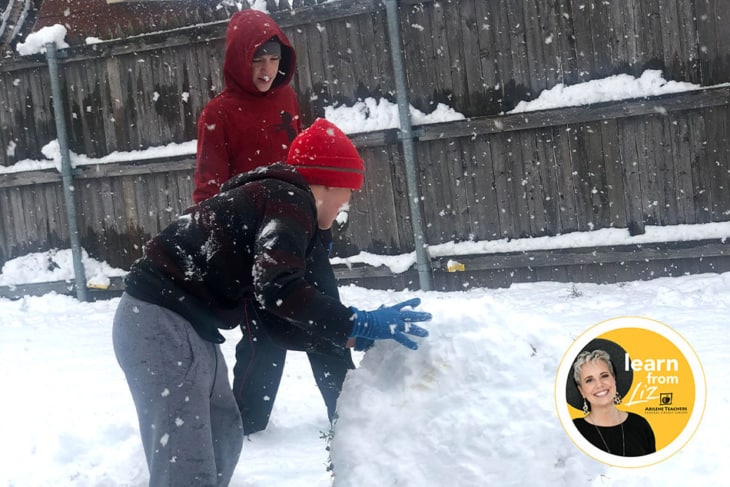 The picture above is of my sons making a huge snowball in January 2021. It really took them no time at all to go from a small baseball sized snowball to this big boulder of a snowball. If only paying off debt was that quick and easy! Even though paying off our debt takes longer than making a snowball, the end result of living a debt free life is well worth the time and effort. Take a look at the Debt Snowball and the Avalanche Method below to see which would work best for you, your budget, and your long term goals.

Debt is the ultimate killjoy. It can destroy a budget, make long-term financial planning impossible, and shadow every purchase you make with guilt. No one wants to live with that debt burden. But how do you kiss your debt goodbye?

Crawling out from under this mountain won’t be easy, but if you’re ready to realign your priorities and do what it takes, you can shake off debt no matter how large.

Let’s take a look at two popular approaches for paying down debt and explore the pros and cons of each.

The snowball approach to getting out of debt was popularized by financial guru Dave Ramsey. It involves focusing on paying off the smallest debt first, and then working on the next-smallest debt until they’re all paid off.

Let’s take a look at how this would work using an example scenario. Say you’ve squeezed an extra $500 out of your budget to channel toward paying down debt and you have the following debts:

Pros of the debt snowball method

The most significant draw of the debt snowball method is that it works with behavior modification and not with math. The small but quick wins are excellent motivators to keep you going until you’ve worked through all debts.

Like Ramsey says on his site, “Personal finance is 20% head knowledge and 80% behavior.”

It’s not just a nice theory. A study published by Harvard Business Review proved that starting a journey toward a debt-free life with the smallest debt actually does help keep the motivation going until the job is done.

Cons of the debt snowball method

The primary disadvantage of the debt snowball method is its indifference toward interest rates. Paying off the smallest debt first can mean holding onto the debt with the highest interest rate the longest. This translates into paying more in overall interest, sometimes to the tune of several thousands of dollars.

The debt avalanche method takes the opposite approach of the snowball method and advocates for getting rid of the debt with the largest interest rate first and then moving on to the next-highest. This enables the debt-payer to shed heavy interest rates quicker and to put more of their money toward the principal of their loans.

In the scenario above, the debt avalanche method would involve paying down the credit card debt first, followed by the personal loan, student loan and finally the car loan.

Pros of the debt avalanche method

Paying off the debt with the highest interest rate first can save hundreds, and sometimes thousands, of dollars in interest. Some people also like the idea of kicking their most weighty debt sooner. Finally, in most cases, choosing the debt avalanche route will be shorter than the snowball method.

Cons of the debt avalanche method

The debt avalanche requires self-motivation to keep the debt-payer plugging away at the plan despite seeing little progress. It’s harder to feel like you’re getting somewhere when the numbers are barely moving, but for individuals who are sincerely motivated and believe they can stick with the plan until they see results, it can work.

Which method is right for you?

Factors like your personality and lifestyle play a role in determining which of these methods is the best choice for you. If you think you’d need early motivation to keep going, you may want to choose the debt snowball method. Is your chief concern finding an approach that will cost you less time and money? In that case, you might want to go with the avalanche approach.

Before you make your decision, you may want to run your numbers through a debt-paying calculator or use our ‘Get Out of Debt’ Coach to see how much interest you’d be paying by using each method and how long each approach will take.

There’s no reason to think you’ll be stuck with one method once you make your choice. You can always switch approaches down the line, or decide early on to get rid of your debt with the largest interest rate first, as per the debt avalanche method, and then work toward paying off the rest in order from smallest to largest, as per the debt snowball method.

Are you ready to tackle your debt? Choose your approach and get started today. A glorious debt-free life awaits! 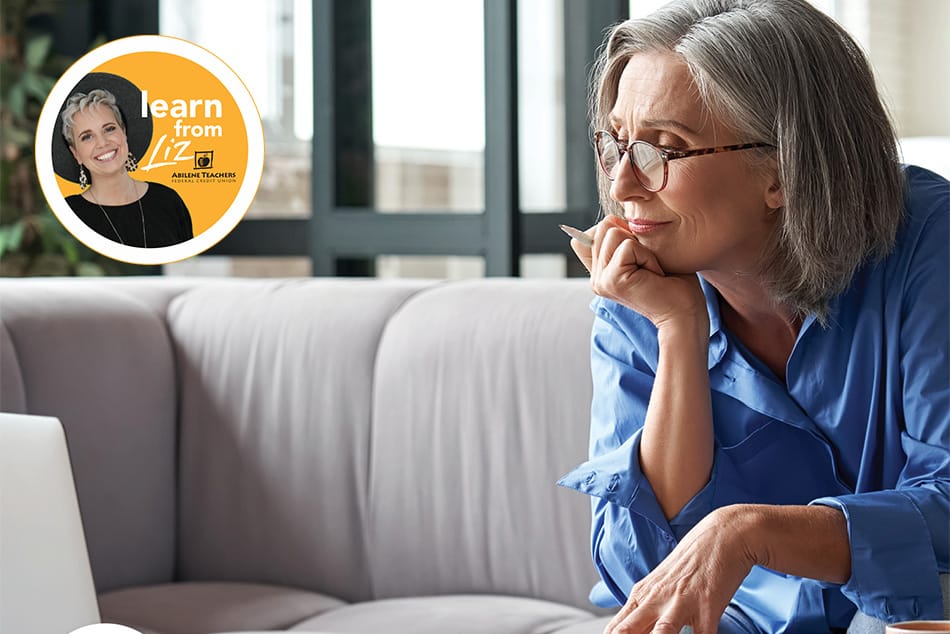 Once you’ve got your financial present taken care of, it’s time to plan for your financial future, namely retirement. There are multiple ways to save for your golden years, with a 401(k) through your employer or a conventional or Roth IRA. They each have different rules, so pick the one that fits your needs the best! Continue reading → 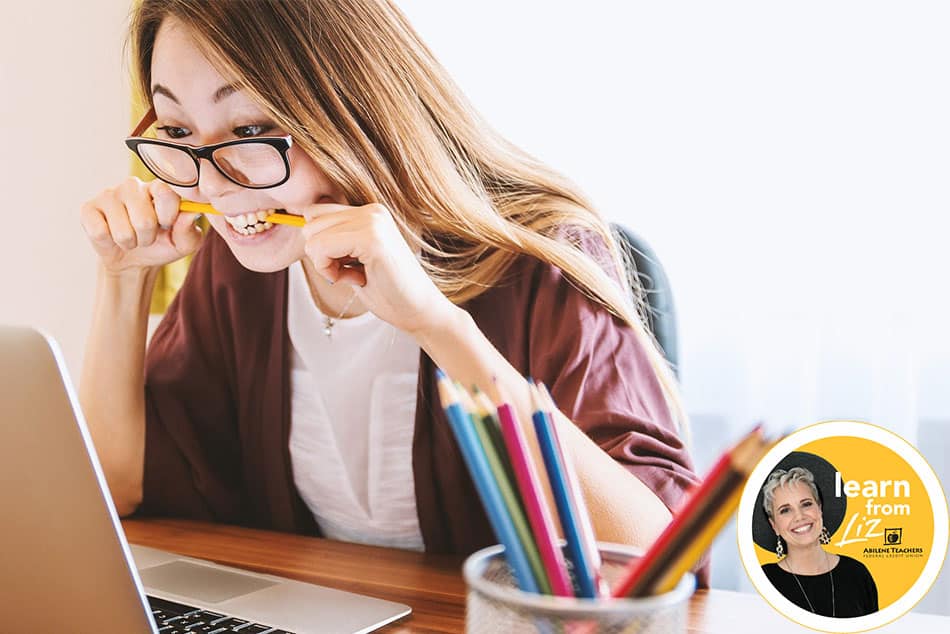 Is Debt Consolidation Right for Me?

If you’re stuck under a mountain of debt and making limited headway, debt consolidation might look like a great way out, and it can be! You can raise your credit score and simplify your life with one monthly payment; however, it doesn’t fix bad spending habits. You’ll have to guard against putting yourself back in the hole, and you might end up with a longer payment timeline. Continue reading → 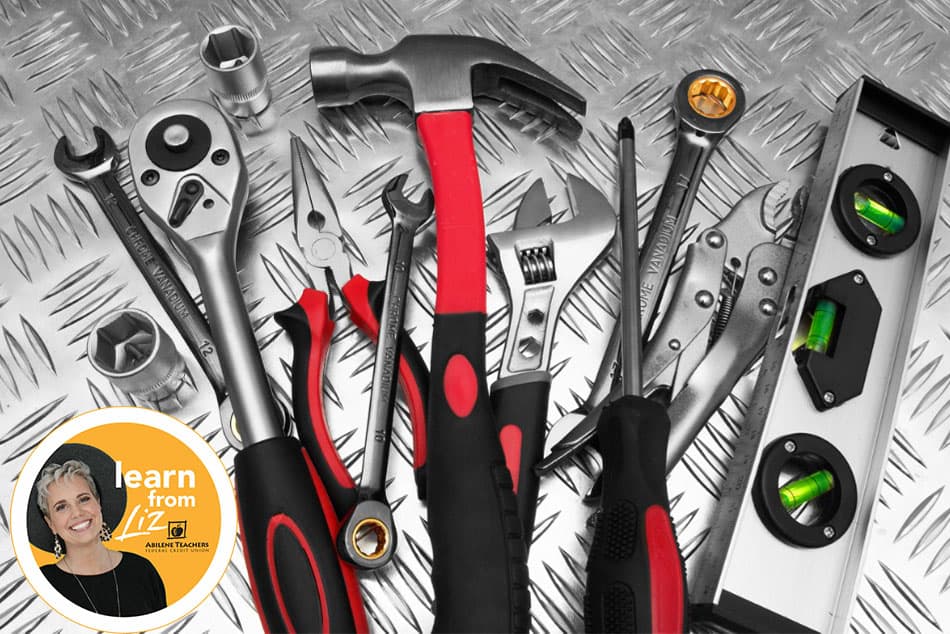 Essential Tools for Every Homeowner

Since we have been talking about house renovations the past couple of weeks, I thought we might ought to talk about some of the tools needed for such updates. This list would be good for new homeowners and longtime homeowners. I have owned my house for nearly 12 years and still don’t have all the tools I need to get … Continue reading →

Abilene Teachers FCU offers links to third-party websites as a convenience to our members. The ATFCU Privacy Policy does not apply to linked websites and we encourage you to evaluate the privacy and security policies of a linked site.